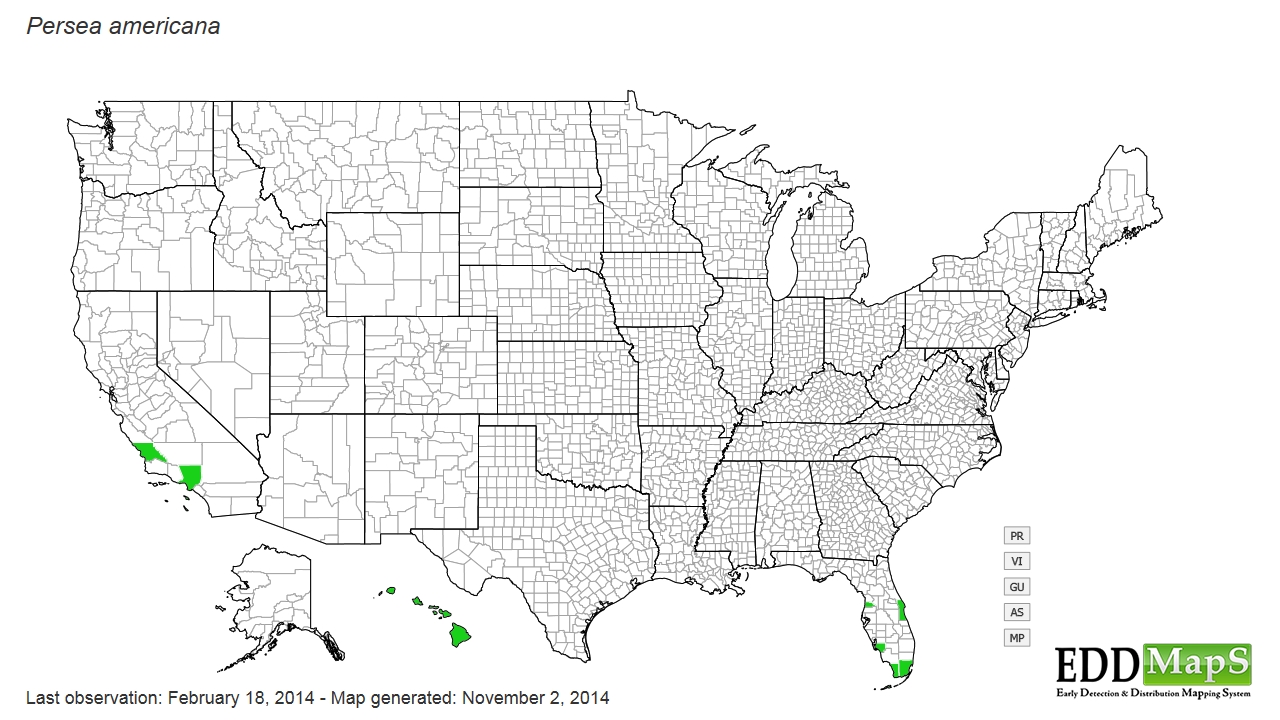 9/ 10
Avocados and other parts of the avocado tree, Persea americana are toxic to birds. There are several different species of avocado trees which can be tall and upright or low and spreading. They blossom small greenish-yellow flowers that grow where the leaves join the branch. It is often grown for the production of pear-shaped avocado fruits, which are edible to humans, and found in most grocery stores around the world. Each tree produces between 100 - 500 fruits per year.

Avocados and parts of the avocado tree contain fat-soluble compound called persin. It is a similar to a fatty acid, except it is an unsaturated diene which is actually a fungicidal toxin. Although it is harmless to humans, even a small amount can be deadly to birds if ingested. Clinical signs of toxicity vary widely and may develop as quickly as 15 to 30 minutes after ingestion of the fruit, but it may also be delayed up to 30 hours. Some of the most common symptoms seen in birds include weakness, depression, reluctance to perch, ruffled feathers, and difficulty breathing. Once respiratory signs develop, death will usually follow quickly.

If avocado toxicity is recognized early enough after exposure (within 2 hours of ingestion and prior to clinical signs developing), crop lavage followed by a dose of activated charcoal (1 to 3 g/kg) of body weight using a gavage tube, might be helpful. Activated charcoal binds certain toxins in the gastrointestinal tract and prevents absorption into the systemic circulation.