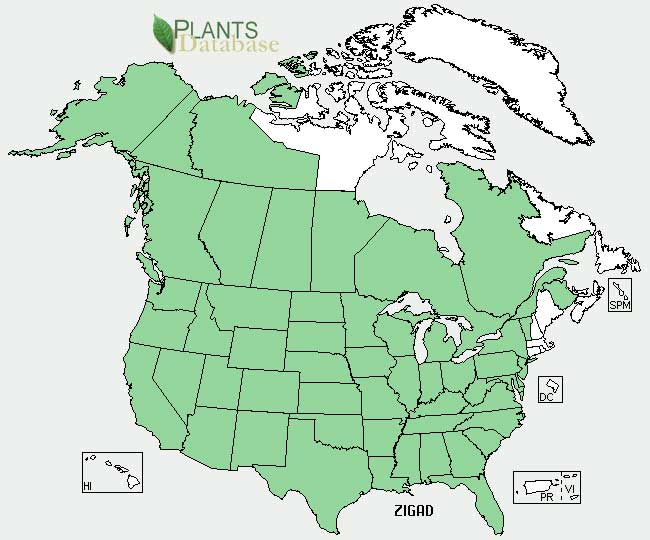 Black Snakeroot, Deadly Zigadene, Hog Potato, Mystery-grass.
10/ 10
Deathcamas (Zigadenus venenosus) is a highly poisonous perennial herb found throughout most of the western United States. It is a member of the lily family, which includes Allium spp (garlic, onions), fly poison, lily of the valley, and many other species. Z. venenosus have a single, erect, unbranched, sparingly leafed stem; it is grass-like and has greenish or yellowish white flowers that arise from a bulb. Flowers occur in a cluster atop a central stack. 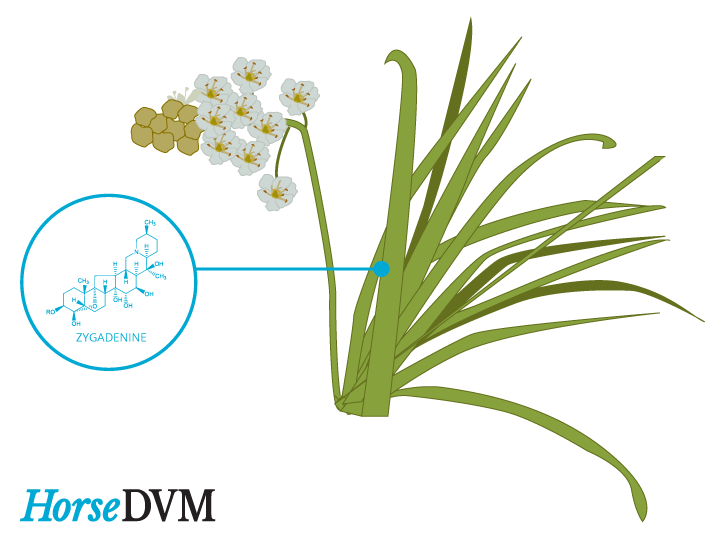 Z. venenosus contains zygacine, a neurotoxic steroidal alkaloid. It is usually not actively eaten by poultry, as they dislike the taste, however hungry birds that aren't provided with an alternative food source are at risk. Poultry have an increased risk of ingestion of Z. venenosus in the spring, as it is one of the first plants to emerge. Fresh leaves, stems, bulbs, and flowers of Z. venenosus are poisonous, but the seeds are particularly deadly. The amount of toxins in Z. venenosus varies depending on the season, climate, soils, and geographical location.

CHEMICAL CONTROL: Early in the season, when plants have three to six leaves, research results show that deathcamas can be controlled by spraying with 2,4-D at the rate of 0.75 kg/Ac. After the flowering stalks appear, spraying is not effective. Follow all precautions for handling herbicides.