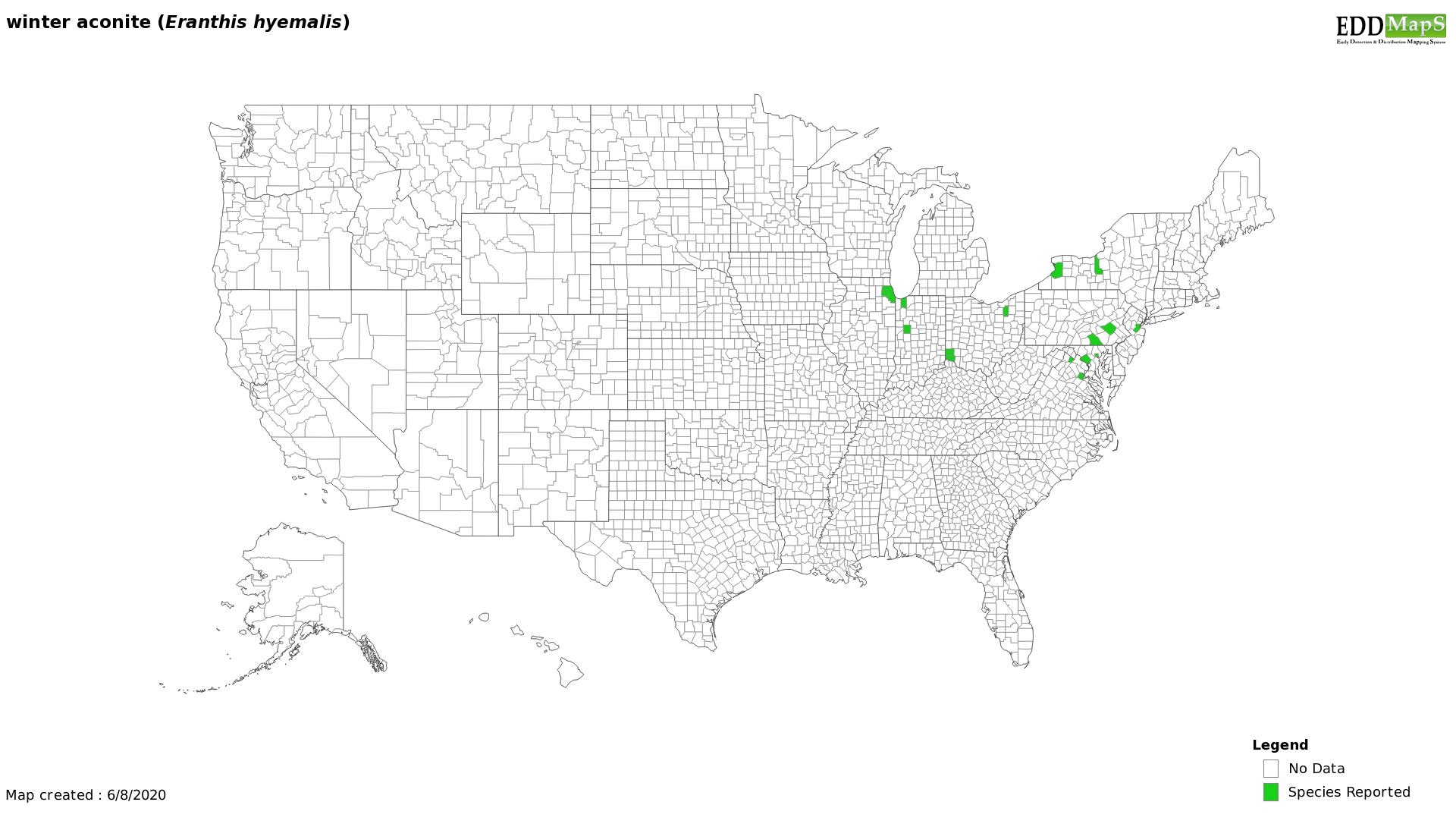 6/ 10
Winter aconite (Eranthis hyemalis) is known for being one of the first flowers to bloom in the spring. It is native to western Europe, and neutralized in several other areas of the world, where it is found in woodland areas. In North America, E.hyemalis is found growing in many northeastern states—North Carolina, Virginia, New York, Kentucky, Ohio, Pennsylvania, New Jersey—and parts of Canada. It is a member of the buttercup family Ranunculaceae. It is a perennial which produces big bright yellow, cup-shaped, 6-petaled flowers over 3 leaf-like bracts. The fruit are follicles each containing several seeds. All parts of the plant are poisonous, as it contains cardiac glycosides. The specific cardiac glycosides present in E.hyemalis include Eranthin A and B.