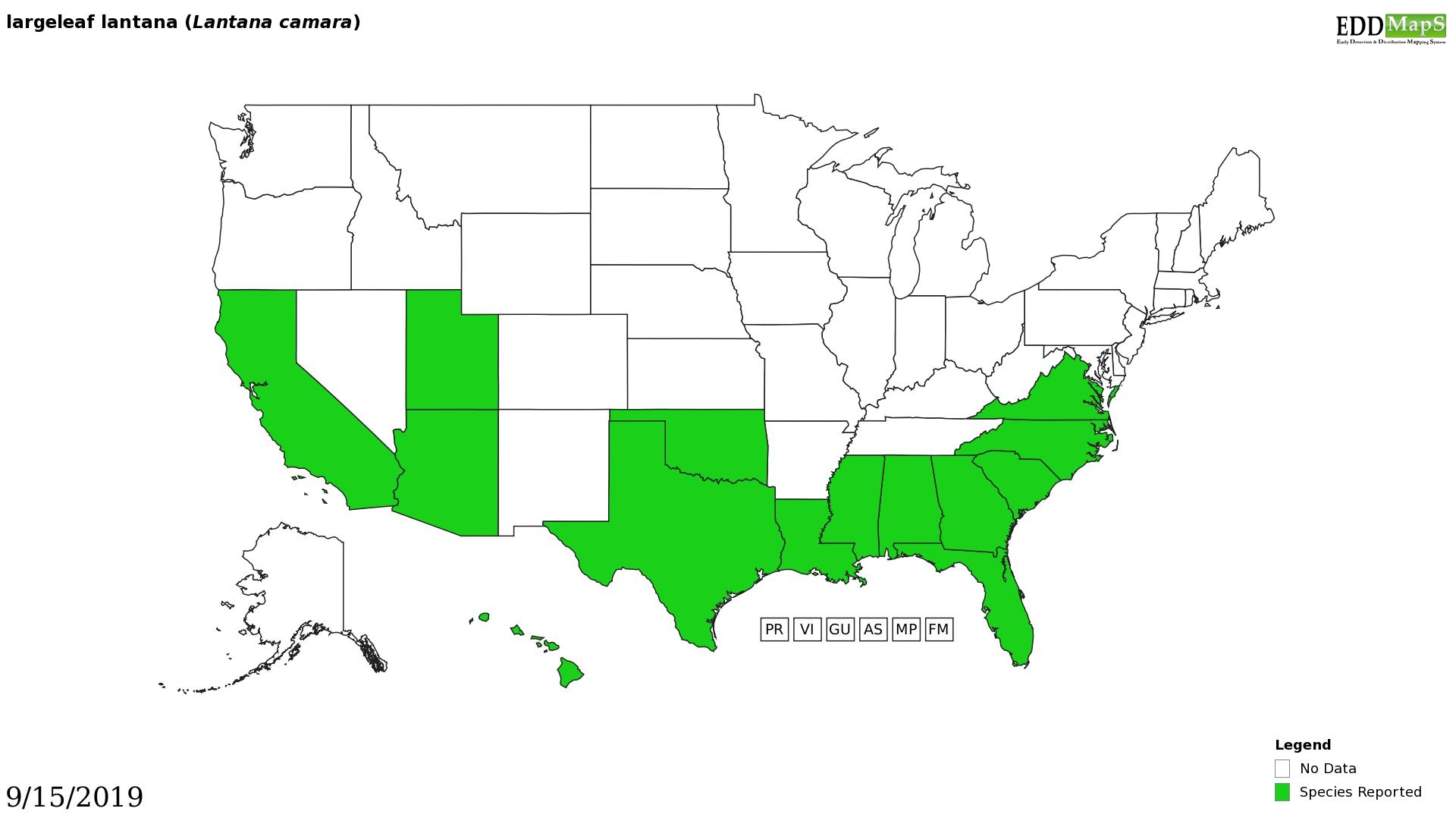 Big sage, Tickberry, Wild sage, White Sage, Red Sage
6/ 10
Lantana (Lantana camara) is a perennial herbaceous plant and shrub with showy flowers that change color as they mature. It is native to Central and South America. Lantana is sold as an ornamental plant in garden centers and nurseries across the United States. It is also considered to be an invasive weed in many areas of the United States and Australia.

All parts of lantana are considered to be toxic, with the red-flowered forms being the most dangerous. Lantana contains pentacyclic triterpenoids which are damaging to the liver when ingested. This plant also causes photosensitization through cholestasis, effectively preventing the elimination of phylloerythrin through the bile, and thereby causing photosensitization.

Early signs of poisoning by include depression, loss of appetite, increased thirst, and constipation. Photosensitivity is usually followed by death, typically occurring 1–4 weeks after the appearance of symptoms. Death is ultimately caused by liver insufficiency, kidney failure and possibly myocardial damage.

MECHANICAL CONTROL: Mechanical control is effective for control of mature lantana infestations which over a large area. Bulldozing or slashing plants followed by herbicide control of seedlings and replacing with pasture or other vegetation cover.

FIRE CONTROL: Fire is effective to reduce the height and density of lantana thickets, however it rarely kills the plants, as they recover quickly.

CHEMICAL CONTROL: Control with herbicides is the most practical and effective method however it is also the most costly. Pink lantana are better controlled with herbicides then other colored-plants.