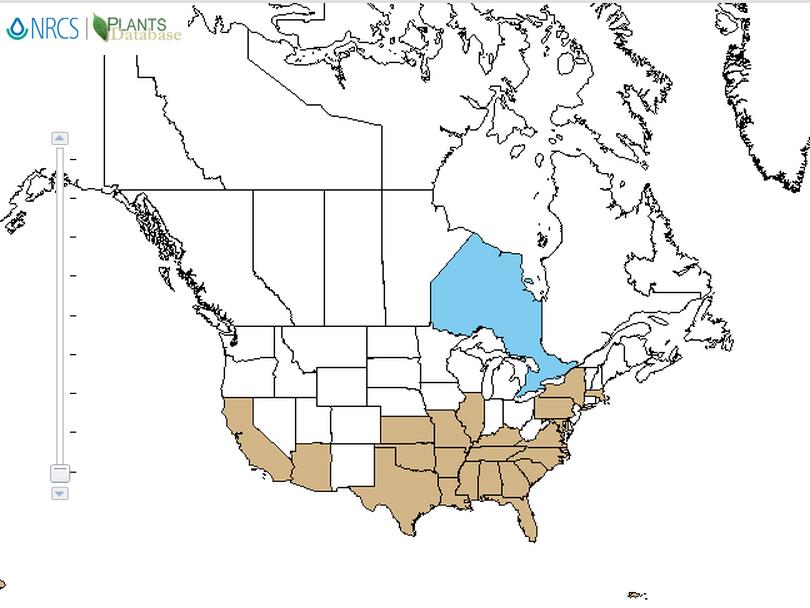 Rattlebox tree, Coffee weed, Brazilian glory pea, Rooisesbania, Tango, Purple sesban, Red sesbania, False poinciana, scarlet wisteria
7/ 10
Sesbania punicea, commonly known as spanish gold or purple sesban, is a short-lived perennial shrub or small tree that is a widely used ornamental in tropical or semi-tropical regions of the world. S. punicea is native to South America, and produces hanging clusters of bright red and orange flowers and winged fruit. It has long, dark brown seed pods which make a rattling sound when shaken. S. punicea has drooping, dark green leaves with oblong leaflets that end in tiny, pointed tips. S. punicea is a serious weed in South Africa, Lesotho, and Zimbabwe and considered an invasive weed in wetlands in Florida, Texas and Georgia. It has also been found in the central valley of California. It tends to favor moist, wet environments and is often found in dense thickets along river and stream banks and wetlands. S. punicea can produce thousands of seeds and fully mature in one year. The seeds have a high germination rate and are able to remain dormant for several years in the soil.

Toxic components
All parts of S. punicea contain pyrrolizidine alkaloids, which cause liver failure if ingested in large enough quantities by birds.

CHEMICAL CONTROL: Glyphosate has been used unsuccessfully in Florida when used alone (1%, as a foliar spray) and with triclopyr (1% Glyphosate, 1% triclopyr). Trees in California sprayed with glyphosate have responded with yellowed leaves, but the overall efficacy of this method has not yet been determined (Dempsey, 2001).