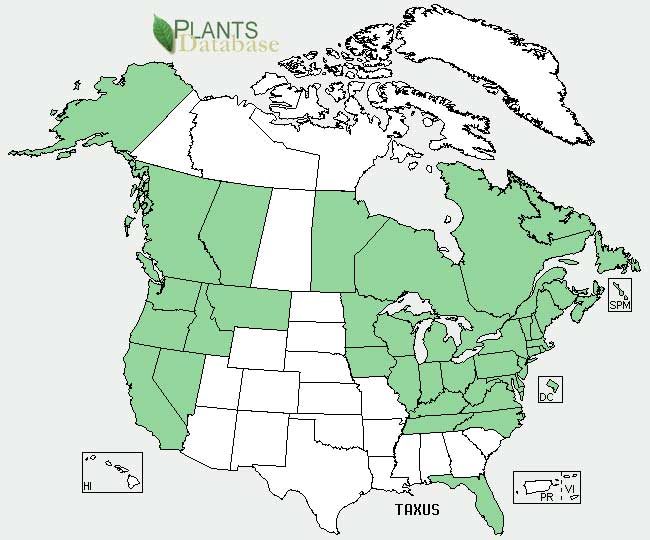 European yew, Almindelig taks, Idegran, Barlind, English yew
10/ 10
Yew (Taxus species) is a common ornamental tree or shrub found worldwide, often used as hedges. In its tree form, yew is a densely branching evergreen with a massive trunk, reaching up to 20 meters tall. The leaves are dark green, linear and up to 3 cm long, with a pointed tip, and appear to spread in two rows on either side of the shoot.

All parts of yew plants are very poisonous and contain a complex mixture of alkaloids. Taxines A and B are two of the major chemicals found in the mixture, which is absorbed rapidly and interferes with calcium channels in cardiac myocytes, resulting in cardiac arrest and death within 30 minutes of ingestion. Other toxins that are also found in T. baccata are ephedrine, a cyanogenic glycoside (taxiphyllin) and a volatile oil.

Eating as little as 0.1% body weight in yew leaves is lethal to all animals. Symptoms are rarely observed since chickens die quickly following ingestion. Most cases have resulted from flocks gaining access to yard/hedge clippings. Yew is one of the plants where the poison is not destroyed when the plant dies. Thus, branches removed from a yew by high winds or pruning will retain their poison.

Yew trees have caused numerous cases of poisoning in livestock. Plants of Taxaceae, or yew family are known to be palatable to poultry. Risk of toxicity increases during the winter months, as the palatability and concentration of toxins increases in the leaves.