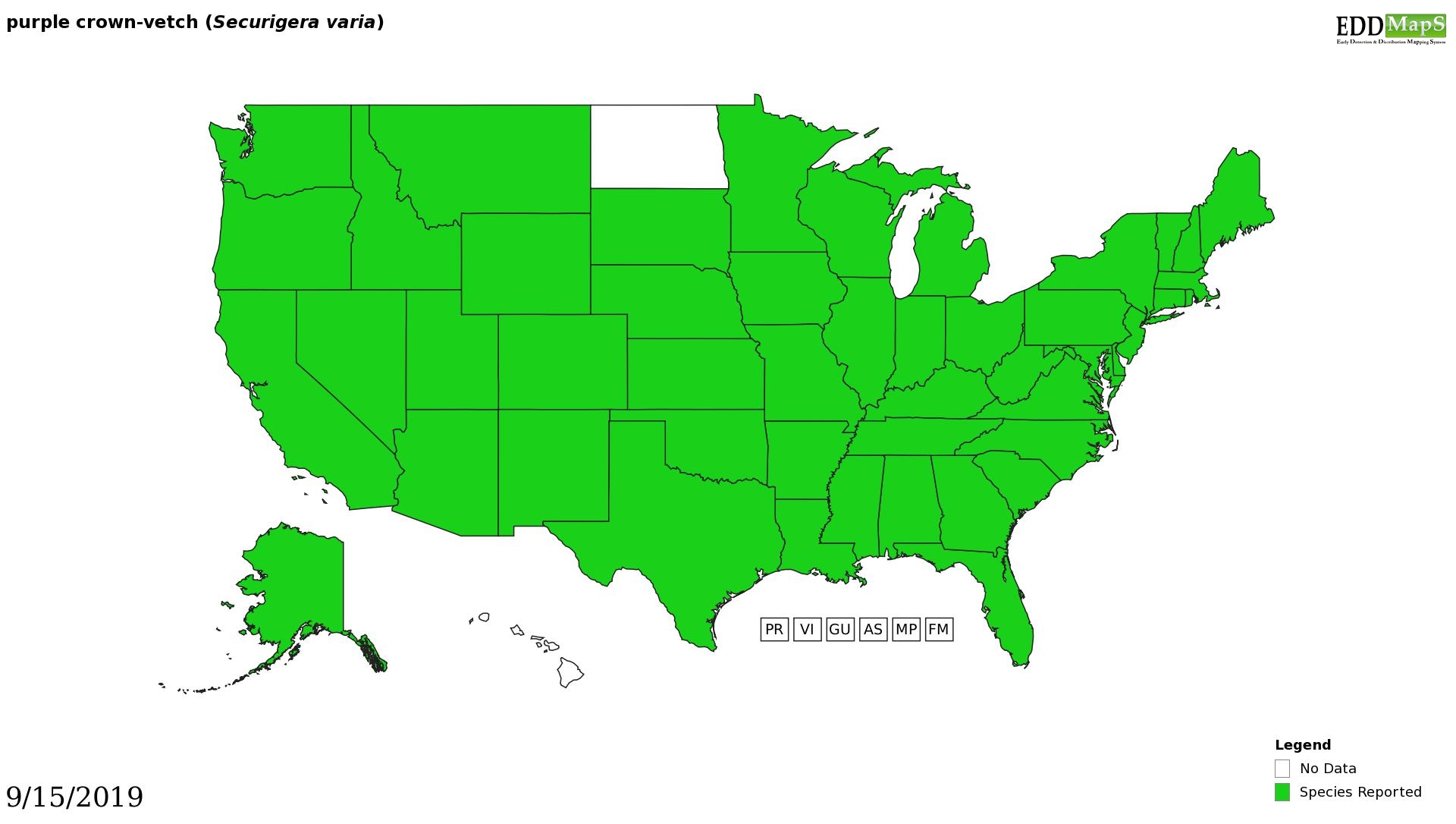 Purple crown vetch
4/ 10
Crownvetch (Coronilla varia or Securigera varia) is a vigorous deciduous groundcover which is from the Fabaceae or pea family. It is native to Europe, Asia and Africa. It was widely cultivated in the 1950’s throughout the United States and Canada for erosion control, roadside planting and soil rehabilitation. This is because it rapidly becomes established and has deep taproots and sprawling vegetative coverage. However, it has since become an invasive weed in most parts of the United States due to its aggressive nature and is now considered to be a significant threat to native plants, similar to Kudzu.

The toxic constituent of crownvetch is nitrotoxin, β-nitropropionic acid, a potent neurotoxin. Ingestion of any parts of the plant are toxic to birds. If diagnosed early enough and the bird is provided prompt treatment wit activated charcoal, and supportive care, they may survive.

Hand pulling of mature plants can be effective when controlling small initial infestations. Mowing plants in the flower bud stage for two or three consecutive years may reduce the vigor and control further spread. Plants should be cut before seeds mature and as low to the ground as possible. Impact to adjacent native plants should be minimized as much as possible.

Spot Treatments: For herbicidal controls to be effective, herbicides should be applied while the plants are actively growing. Glyphosate, triclopyr and metsulfuron have been shown to be effective in controlling crown vetch. A 1%-2% solution triclopyr or glyphosate thoroughly mixed with water is effective during the vegetative stage prior to branching or during flowering. Triclopyr is selective to broad-leaved plants and can be used in areas where native grasses are intermingled with the target plants. Glyphosate is non-selective and will affect any plant it comes in contact with. Metsulfuron should be applied at a rate of 0.3g/gallon of water. Treatments should cover the leaves and stems of plants to the point of runoff. The addition of a non-ionic surfactant at a concentration of 0.5% improves the effectiveness of foliar treatments. Read the herbicide label thoroughly prior to use.

Broadcast: Broadcast treatments are appropriate for large infestations such as fields or prairies. Since native plants will be intermingled with lespedeza, triclopyr and metsulfuron are the preferred herbicides due to their selective characteristics. Apply triclopyr at a rate of 1.0-1.5 pints per acre. Metsulfuron should be applied at a rate of 0.5 oz per acre. Use a non-ionic surfactant according to manufacturer’s instructions to improve effectiveness.